Its been 100 days since I last reached for my laptop to write a blog, although hopefully those how follow my Facebook and Twitter accounts will see I've been rather busy with all the follow up from my Arctic Ride Iceland.

I've already had several articles posted about my ride with a few more to follow too.

Also, I've been working away editing the mass of footage I captured while on the Nordic island. So far I have put together a short video of the trip as well as Part 1 of the Arctic Ride Iceland series of videos. Part 2 of 3 is on its way very soon.

So what's after Iceland?

I've heard a lot of bikers who do year-long plus trips around the world come home with a sense of being lost after such extreme adventures, and while my rides don't see me go away for months at a time, I still get a similar sense of 'what next', how and when for my adventures. Last year I came up with the concept of The Great Arctic Motorbike Challenge, a personal ambition to cross The Arctic Circle in every country possible by motorbike (read more here) which has helped give me a sense of direction of what to do next but there are a few challenges associated with these trips.

With all of my Arctic trips covering big miles the money needed to undertake and time off work and family duties isn't easy to come buy and takes me some time to save up. Looking at what I have left to do (Finland, Sweden, Russia, Canada, Alaska, Greenland) the time and money needed is only going to increase, so realizing my Great Arctic dream may start to take longer.

I was fortunate and humbled to be given a brand new V-Strom from Suzuki to complete my Iceland ride on, but for me this felt like a once in a lifetime opportunity when the stars aligned to be loaned a new bike. In my garage now if my trusty GSX650F. While I love this bike, its starting to show its age (9 years) and probably only has 1 more big trip in it before heading to the retirement home. Also the functionality I need from a bike for the rest of my trips just isn't available on what is a fairly 'back to basics' bike in the current age. I need a long term successor which is more comfortable on long rides, better off-road capabilities, and something that has more 'wow factor' when I write articles and promote my trips. Unfortunately a bike like this doesn't come cheap and this is another expenditure which is hard to prioritize having a young family with mortgage, family car, and nursery fees et al to pay. 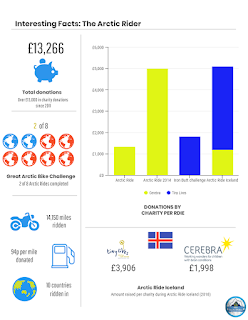 I'm very proud to say that with all of your help over the past 7 years we've raised over £13,000 for two amazing charities, but I've come to the point now where I need to give everyone's wallets a break for a while. Outside of my Arctic Rides, my wife and kids have also done some amazing fundraising too, so to keep on asking folk to donate for my challenges is becoming tougher. So I'm in the process of trying to work out how to keep the project sustainable while still giving to amazing charities.

As you can see from the 3 point above, while I have a plan of what rides I want to do next, making them happen is just a bit more tricky. Alongside the Alaska postponement, I'm a little more cautious about how to proceed and what to commit to next.

Saying that, my current plans for my rides are as follows:

2020 - A combined ride ticking off 3 of my remaining 6 destinations. A trip including visits to Arctic Russia (Kola Peninsula), Arctic Finland, and Arctic Sweden. Most probably riding my GSX650F.

Alaska & Canada - Due to the high cost of getting across to pond and the fact there still doesn't seem to be an insurance option for taking ones own bike, I'm likely going to have to combine these rides into one trip, take some unpaid leave from work, and smash them out one after another while on the North American continent.

Greenland - What I expect to be the final leg of my challenges, getting to Greenland and the costs of renting a snowmobile is going to be very pricey. Another trip without a planned date due to the large outlay to complete.

After I've done all this, I think I might buy a cruiser and head somewhere warm (I'll probably be old enough to pull the look off by then)

Peace out and ride safe. 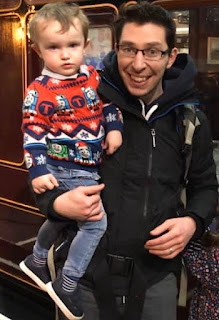