What next for the Arctic Rider?

Thanks for visiting my blog!

Now its not easy being a charity motorbike adventurer sometimes. Like most on the internet these days, it seems to attract trolls who want to try and spoil what you are doing. Only this week I had a social media commenter who 'didn't understand the bit about raising money'... which I found pretty odd. From my point of view if someone can do an activity that's a bit out there, or different, or challenging, and they can raise some money for a charity along the way, then its all good. Whether you are a runner, a cyclist, jumping out of a plane, or riding your motorbike to very cold places... it shouldn't matter. In fact it should be something to be proud of, not only those who do the activities, but those who support and donate. The world is a greedy enough place without people bashing charity fundraisers. 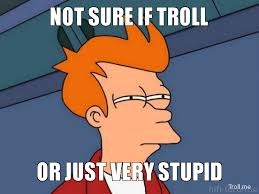 On a personal level, one thing that really inspires me when I hear about charity fundraisers are those who raise money and take on challenges for a particular cause which is close to their heart. Now I'm not saying that if Joe Bloggs runs the London marathon for Cancer UK when he or his family haven't been impacted by cancer isn't a good thing, because it sure its. However for me, I'm always draw into the stories that have a more personal touch and feel like I want to donate more than I normally would.

The reason I chose to raise money for Cerebra during my Arctic Ride 2014 was down to the support they have given my little brother and my family, and for me that was certainly the right decision.

Its a huge honour to be an Ambassador for Cerebra. While I'll continue to do my ambassadorial activities for the charity, recent events in my life have also drawn another charity towards me... Tiny Lives.


Tiny Lives need to raise at least £150,000 every year to support the work that they do.

So you're probably wondering what is is that has drawn me to Tiny Lives? We'll on the 4th August 2014 my daughter Islay was brought into the world 6 weeks earlier than planned. She spent a week on the special care Neonatal unit at the RVI hospital in Newcastle. She received exceptional care from the staff on the ward, supported by Tiny Lives, in what was the toughest week of my wife and I's life.


In conclusion, my next charity motorbike trip will be in support of Tiny Lives. What will that be? Well you'll have to find out in next blog. Alaska? Mongolia? Siberia? Africa? Time will tell!