Hi everyone and welcome to the Arctic Ride 2014 blog.

If you are new to the blog please check out the other pages on the site on the navigation bar including 'What is Arctic Ride 2014', 'The Charity - Cerebra', and 'The Route'.

Its with great sadness that I start this week's blog with the news of the passing of Mick Anderson, NEMCRC Chairman, and great supporter of Arctic Ride 2014. NEMCRC are a sponsor of my trip and I've got to know Mick well over the past 12 months and he has been nothing but kind and generous to me. My thoughts go out to his family. 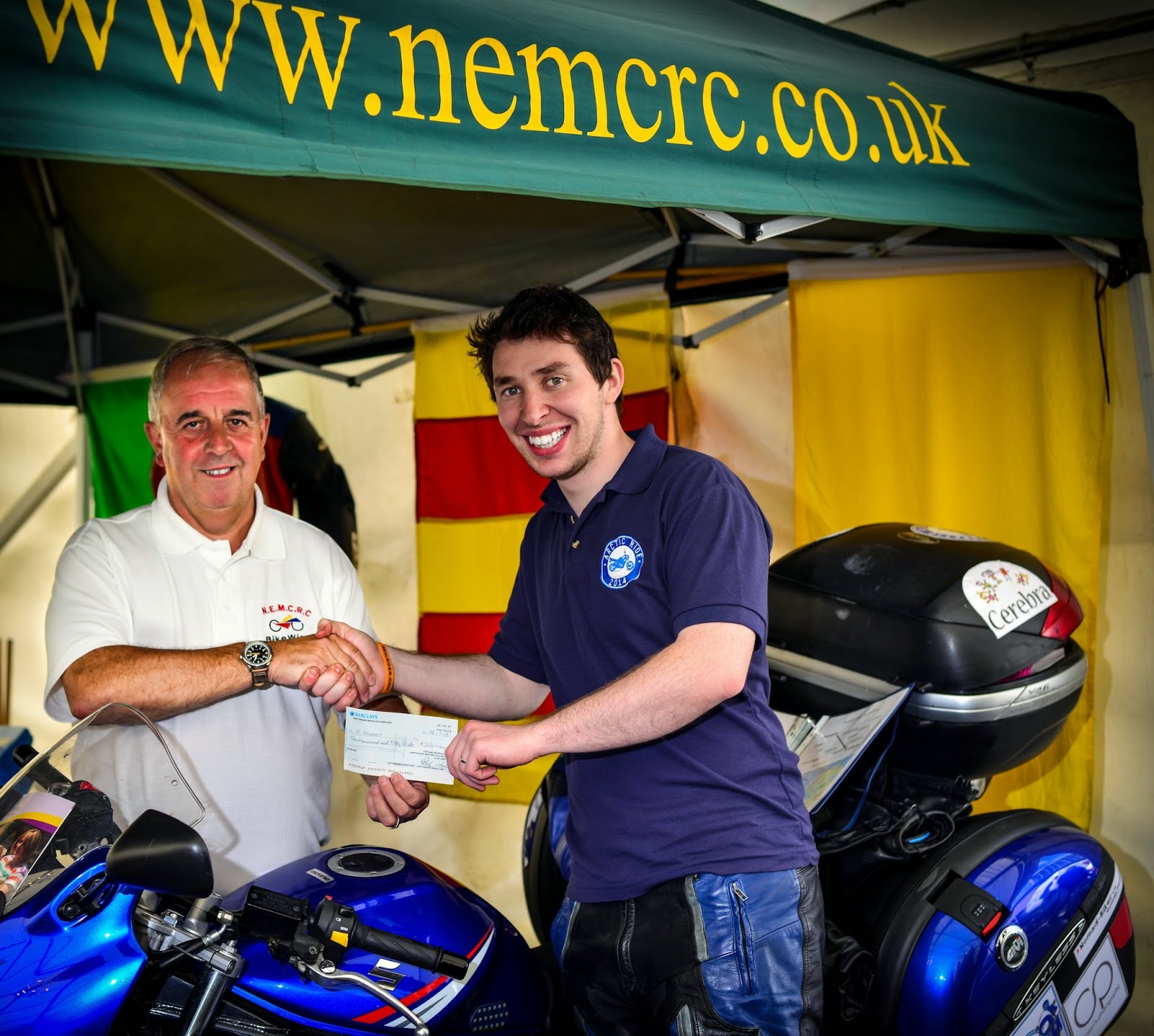 Back to the trip and the work never ends. I've had another busy week doing interviews, buying kit, and getting my head around going. My wife Kirsty has been busying me buying practical items like insect repellent, sun tag cream, and fold down plastic cups. I have been buying items like a Suzuki lanyard, business cards, and an Arctic Ride mug... I think I need to start being more sensible.

As I write this blog I realise that this is my last weekend to get any big jobs done with the bike or buying items as next weekend I'm in Nottingham at the annual MotoVlogger meet up and then the weekend after... I'm off!! Wowza Hasn't that come around fast!

I'm really looking forward to a week on Saturday when I set off from the iconic Lighthouse in my home town of Whitley Bay heading to the Arctic. I've got several of my biker buddies joining me on the first leg but there will be one important biker buddy who won't be able to make it... my Dad.

My Dad is the main reason I got into bikes and, even after 8 years of riding, is still my first port of call for bike related issues and advice. He lives in France and was planning on meeting meeting me when I hit the continent and riding through to Germany with me. However due to an issue with his eyes, he's not allowed to ride his bike at the moment and thus can't join me on the trip. The circumstances around his eye issue are a little ironic... back when I just a wee boy and in the aftermath of the Chernobyl disaster in the USSR my dad organised a solo motorcycle run to Kiev and Chernobyl to donate lollipops to the children impacted by the disaster. He was a fireman at the time and wanted to give something back to the fireman, some of whom gave their lives, and their communities who had gone through so much during the terrible times of the nuclear disaster in 1986. Fast forward to 2014 and after experiencing some vision difficulties he visited specialist eye doctor France. The doctor discovered that my dad had radiation damage to his eyes that would require an operation to fix. The long and the short was that this radiation was caused by my dad's motorbike run and subsequent visit to the Chernobyl power plant in 1989.

Finally this week, I'd like to say a massive thanks to everyone who has donated! I've now passed the £2,000 mark and closing in on my target of £2,500 for Cerebra. If you haven't donated already, please give what you can at: www.virginmoneygiving.com/arcticride2014

Thanks for reading and ride safe!!