Day 6 - The Road to Tronhiem

Hello all!
Wow I can't believe Day 6 is done and I'm getting further and further North. I'm now in line with Iceland and getting closer to the Arctic and the most North I've even been.
It's national holiday in Norway today and I started my day packing the tent and then looking for a petrol station. The first one I came to was shut, and with only half a tank I thought 'the woman at the campsite has lied to me about petrol stations being open on national holidays' luckily my negativity was turned on its head like an egg timer when, 50yards down the road, there was a petrol station that was open as a can of irn bru in a Scotsman's hand (it was open and empty). I filled up and hit the road for Trondhiem.
Like yesterday, the road was amazing and I saw the snow peaked mountains I would be passing through. Dispite the slow speed limits, I was making good progress through the pass when suddenly the traffic came to a stop. As all bikers do, I jumped to the front of the que to find an over turned lorry blocking the whole road.
I went and spoke to a few people and it turned out this was the only route north and we would just have to wait. 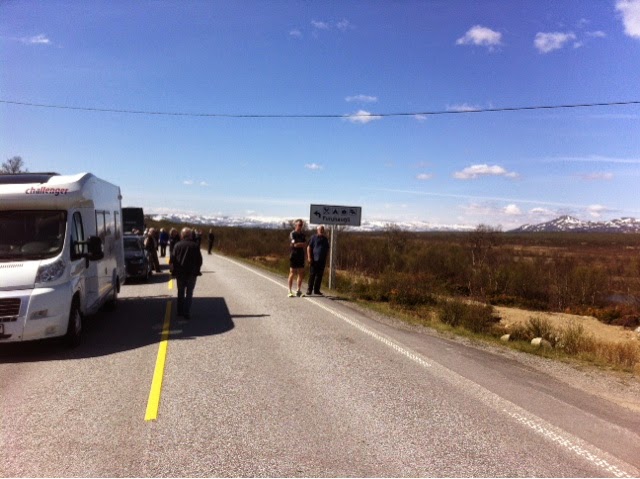 I took this opportunity to lay in the mountain sun and drink some water.
After about an hour a tow trick arrived to clear the lorry away and in the mean time I saw the police leading a guilty looking driver (I have no proof of this) from the woodland. To reiterate he did look guilty but most people would when being led away from the woods by the rozzers.
I was then on my way again and riding the twisty roads at a perfect pace. Then, as I got closer to Trondhiem, I stopped in a town where I met Lars from Trondhiem MC club and some of him pals who escorted me into town. 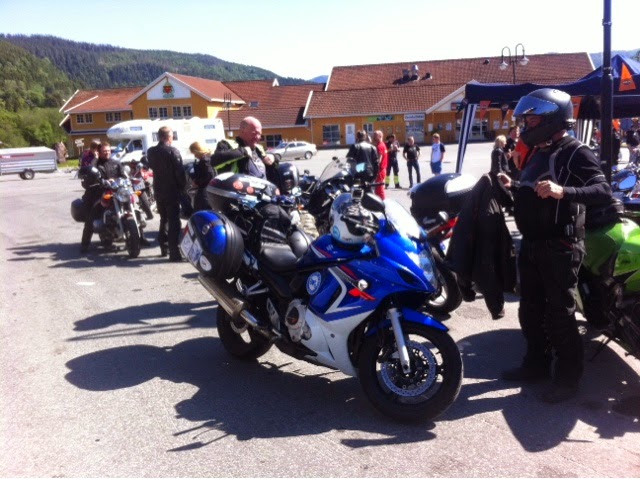 It was great riding in a group again and not worrying about the road signs.
Soon enough it was mid afternoon and we were at Lars' place talking about bikes.
Lars took me to visit the Trondhiem MC Club clubhouse which has it's own bar, workshop, storage area, and off road course. Amazing for the £15 a year membership! 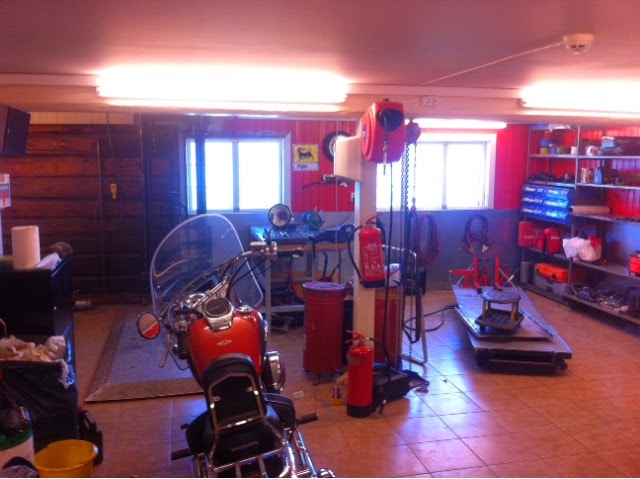 I was then taken on a tour of the city by Lars (population 150,000) and ended the evening chatting bikes and about Europe over BBQ. 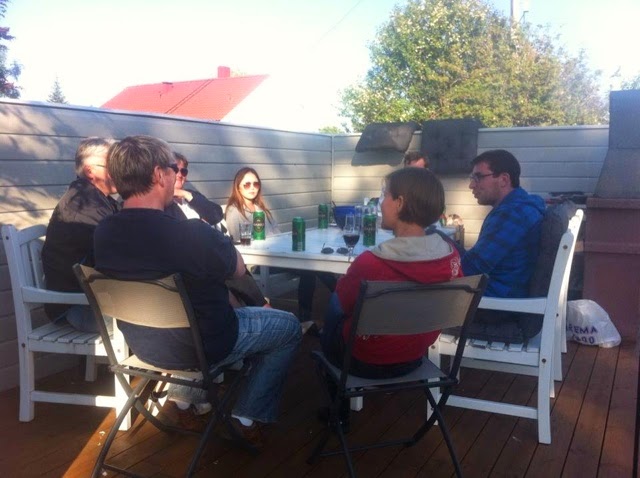 Massive thanks to Lars and the folk in Trondiem for hosting me! It's great to have a proper, warm bed for the night. Tomorrow I head for Nesna near the Arctic Circle.
Wish me luck.
Ride safe,
Gordon
Email Post