Wow... somehow we’re on day 15 of this trip. I’m not sure where the time has gone.. it only seems a few days ago I was rushing down to Harwich to catch the ferry on day 1.

Today started early again. The couchettes onboard the ship really arnt that comfy at all. I headed up on deck and got myself a cup of tea and a banana. I got freshened up, packed my kit away, and waiting for us to dock in Hirtshals (North of Denmark). We weren’t due in until 1230 and I was told that we’d be 30minites late getting a shore as some cargo needed to get off the ship first, urgh. I passed the time by chatting to a Swedish biker I’d meet as we were boarding in Iceland. We had a good chat about all things bikes, travelling, and work. It was really nice. There is something about the Scandinavian folk that really just seems to click with me 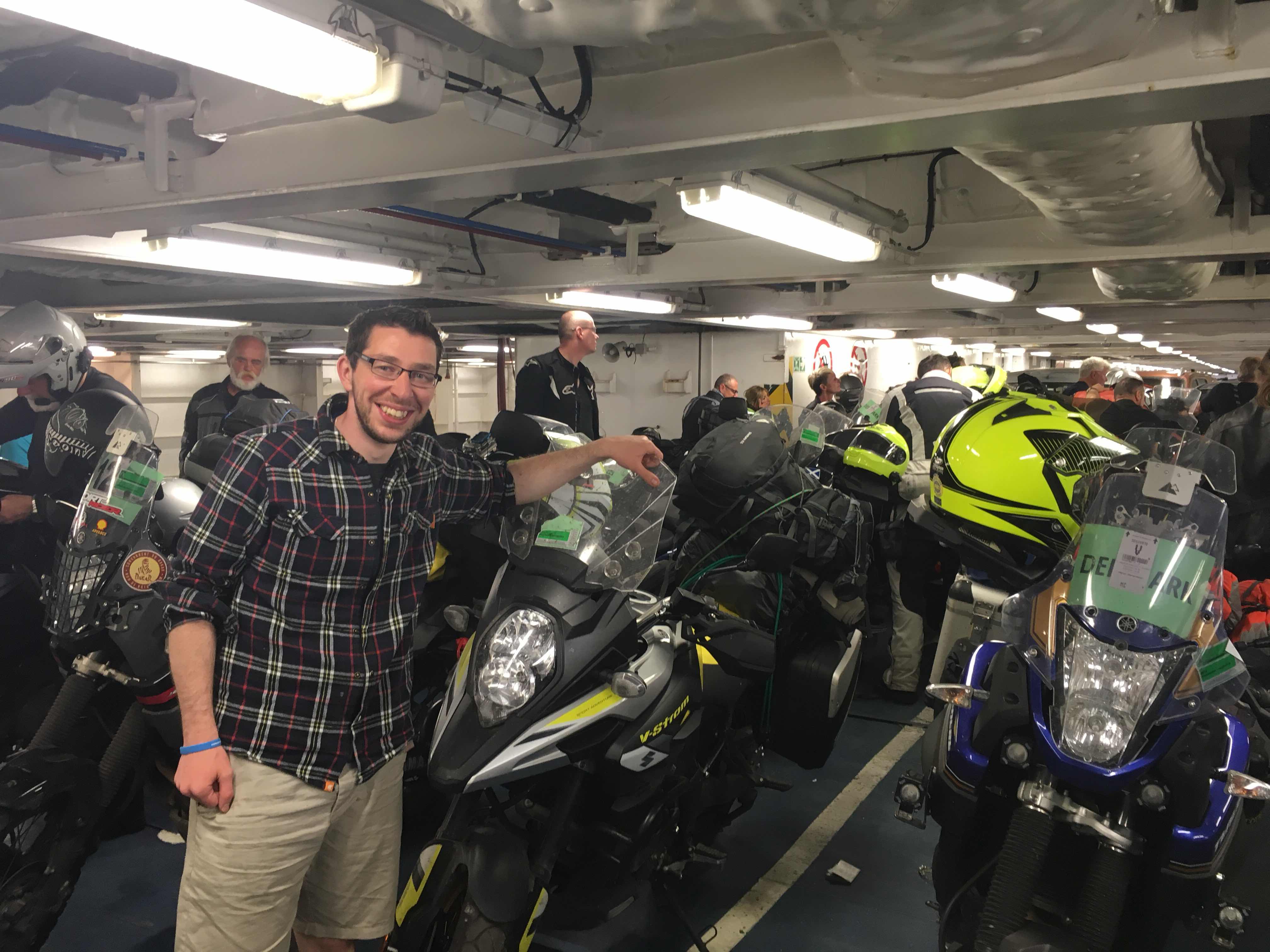 Finally we were allowed into the car deck to unload but it was another 30minites before I finally rolled off the ship. I made the wise choice of staying in my ‘shop clothes’ for as long as possible. Some of the other bikers were all kitted up and were just about boiling by time we got off the ship. 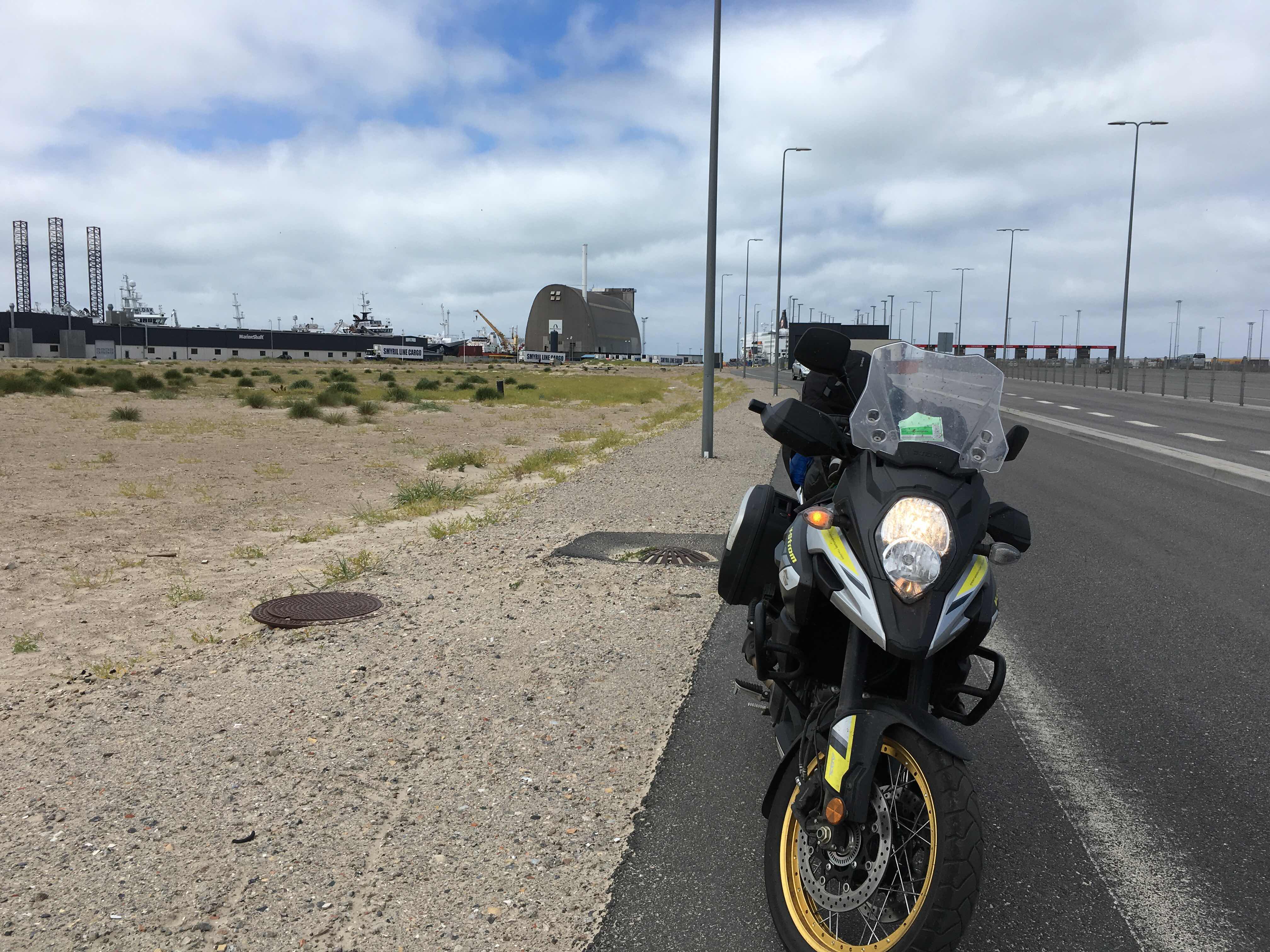 Knowing I had about 650 miles to cover before end of day Sunday, I really wanted to put some big miles today, even though I was starting early afternoon. So I quickly navigated my way out of Hirtshals and onto the motorway where I could eat up the miles.

It was so odd being back in ‘civilisation’ after 12 days away at sea and in Iceland. Traffic, warm weather, petrol stations that arnt just unmanned outposts, and motorways seemed so strange for the first hour or so.

My plan was as a minimum to get out of Denmark and at a push make it to the Netherlands. With the limitless speeds out the autobahns on my side, in the end I managed to do 400miles stopping around 8pm just south west of Bremen in Germany. By doing this id managed to navigate past Hamburg (which is super busy at all times it seems) and countless roadworks on the Autobahn 7 & 1. That leaves me about 250 miles to do tomorrow before I catch my final ship, back to Blighty.

I found a nice campsite on side of a river. Although when i arriveed and asked if they spoke English, in German, I was greeted by huge laughs from a guy behind reception and an unimpressed look from the cashier. I then said I could try in German if it was easier but they just carried on in English. I really do try when I’m travelling to learn some phrases and words but also know my limitations. I did think it was a bit much to be laughted at though. Nevertheless I’ll keep on using my current approach as it seems to work most of the time. 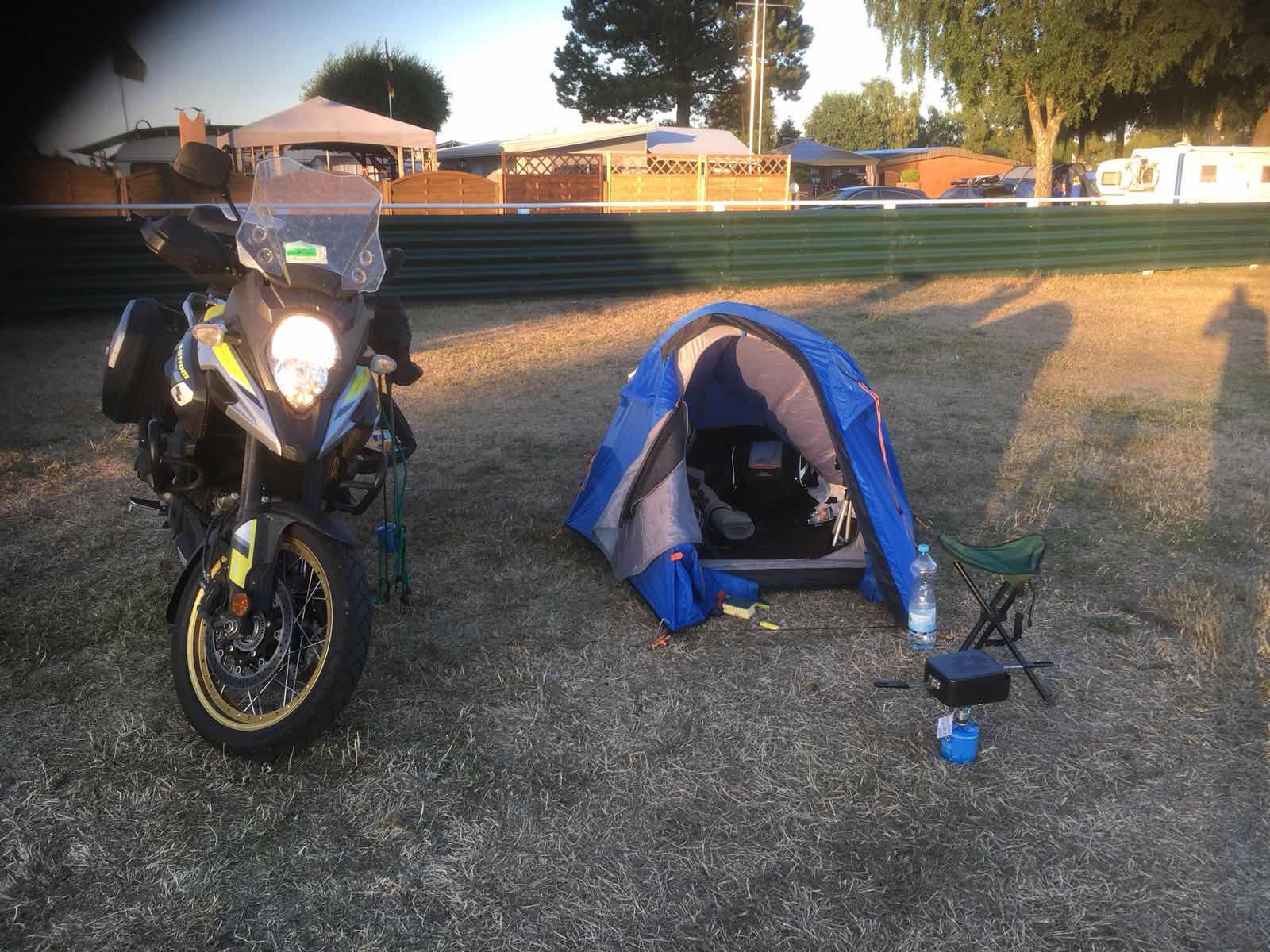 I got to my camping spot, put up my tent, and cooked some pasta with pesto and ham. It was lovely.

So that’s day 15 over. Only a few more days and I’ll be back home and this whole trip will seems like a dream, no doubt. Thanks as always to everyone for their support and continued reading of these blogs. Also thanks to all the great new people I’ve met on this journey so far! I know some of you have now joined the blog reads, and it’s been a pleasure to meet such kind and interesting folk along the way.