Day 8 - Why does it always rain on me

Hello! Welcome to Day 8 of my Arctic Ride Iceland blog.

After completing my mission yesterday, today I started my tour of Iceland while I wait for my ferry home on Thursday.

I started my day in Olafsfjordur where I camped last night. After a quick FaceTime with the family I got the tent packed up. The campsite owner came to take my payment and I asked what time the supermarket opened and he said 11... urgh it was 9am and I was ready to go. He said it was the same in the next town too and he tried to convince me to go to his cafe for breakfast. I wanted to get on so I left anyway. When I got to the next town it turns out their supermarket was open, so I think the campsite over was just looking for the trade. 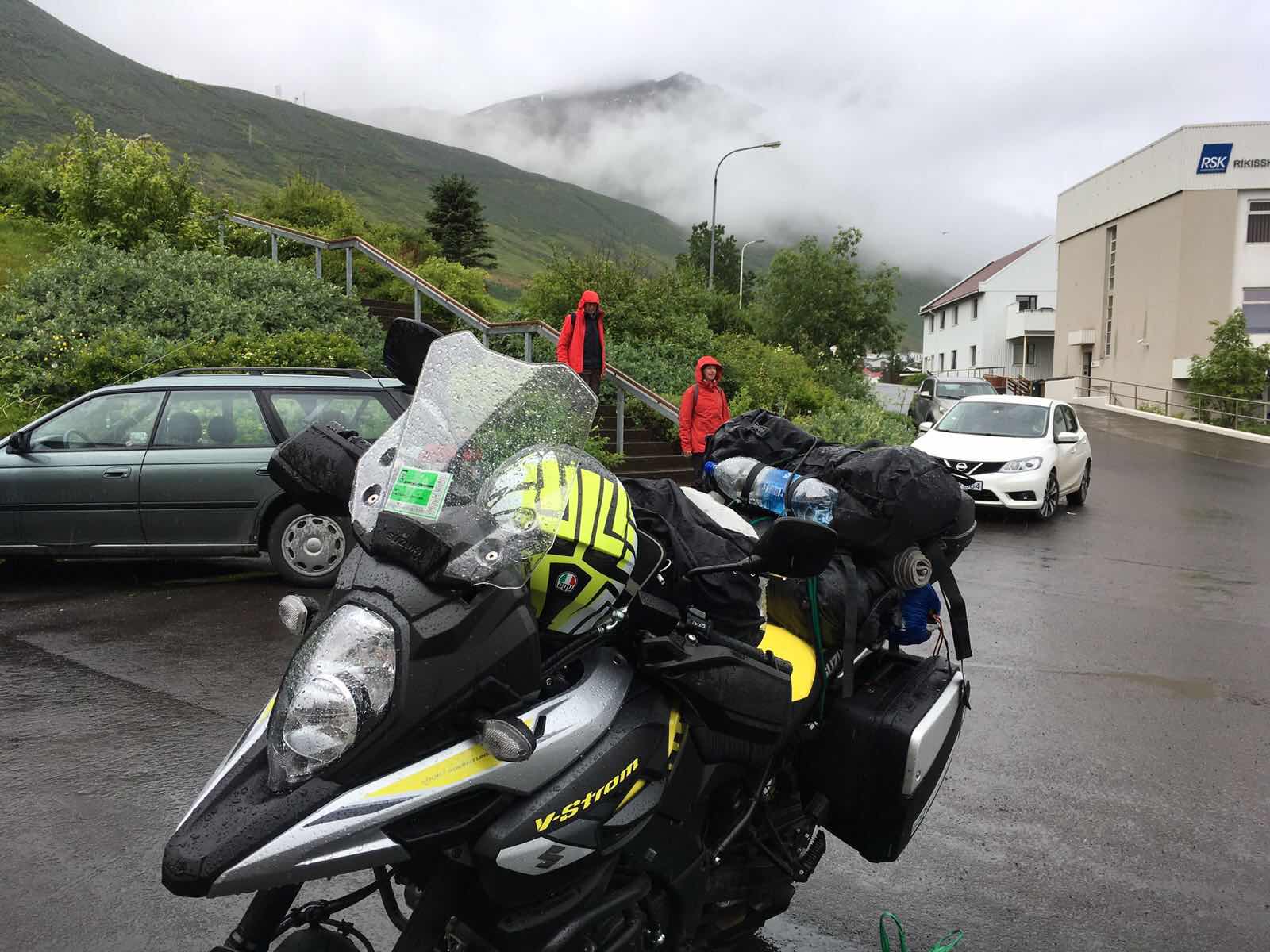 It was only 10 miles into my ride that the heavens opened and I was riding through rain again, and it didn’t stop for 2 hours. I got some petrol and food at the mentioned town then ploughed in through the rain.

Unknown to me the route I was taking West had some unpaved roads, which I wasn’t expecting until the West Fjords. So, through the rain, I got up on my pegs and navigated my way through the pot-holes and gravel, somehow getting through unscathed.

When I reached the other side of the Pennisula I was riding around, the rain eased and I stopped to do a quick Facebook live video and took some photos. Iceland is stunning when the rain goes away. I’ve not had much chance to see it without rain or fog, but when I have I’ve been blown away. The mountains are endless and the way the rock is carved looks like something out of lord of the rings. Truly beautiful. 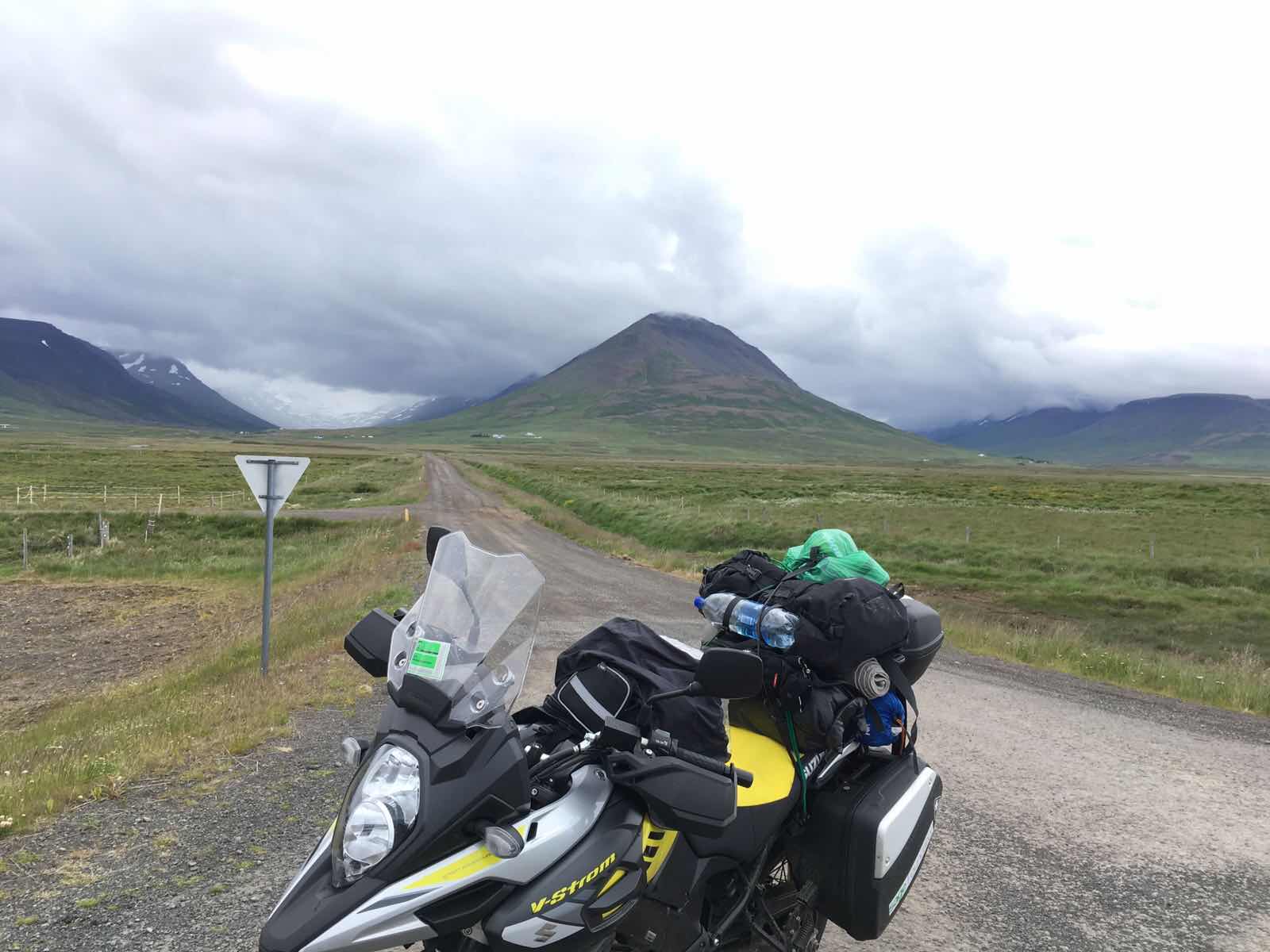 Before long the rain was back. I got back into the main ‘1’ road, which circles Iceland, and stopped for a break and some lunch. I also checked in with tourist info and found a town 2 hours away that had the England match on, so I hurried back into the road, fighting the showers to go watch the game.

After England’s victory I headed off once more, again in the rain, heading West destined for the Fjords. I had planned to make it to Isafjorur in the far West which was only 400kms away, which I though I could do in 4 hours... how wrong I was. I turned off the ‘1’ road and it wasn’t long before I hit more dirt road. This dirt road was more special than the last though and included steep inclines, downhill bends, rogue sheep, and lasted for hours. 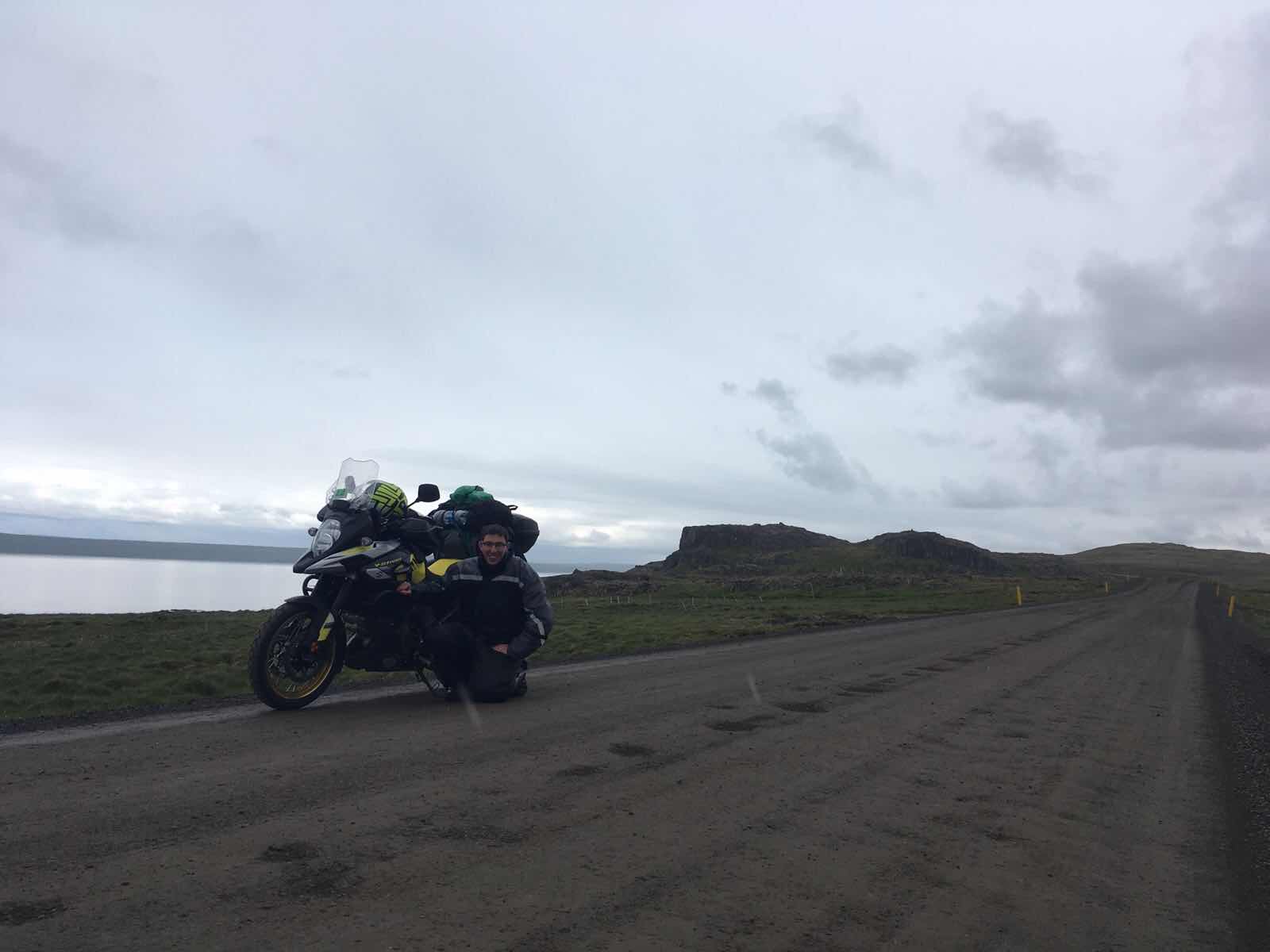 The photos don’t do it justice but it’s was painful. After 3 hours riding on these roads, mostly up on the pegs, my body was aching, and I’d only managed to cover 100kms... urgh. When the road turned back to tarmac I found a town with a camp site and took refuge for the night.

I still managed to rock up a solid 240 miles today, taking me up to 1,500 for the trip but it was a looooong day. I spoke to the tourist info who said the weather looks like it will continue to be windy and rainy for the rest of my stay. This is such a shame as I think Iceland would be amazing in the dry, but I’m destined not to experience that. I’ll head off further into the Westfjords tomorrow before starting East on Monday.

Thanks for reading and for following my journey. I’ve got loads of videos which will make their way online when I get home.

Thank you too for all the continued donations. I feel humbled to have such great support. I’m struggling with internet access but everyone will get a personal thank you upon my return. We are only £150 off £4,500 which would be an amazing achievement for Team Arctic Ride. You can still donate at www.virginmoneygiving.com/thearcticrider