Today was a very interesting day in which I finally got to see the best of Iceland.

I started later than planned after I got chatting to quite a few folk at the campsite post-blog last night and didnt get my head down until after midnight. There was an old German couple who were touring Iceland, some young German hikers who were also bikers whom I was giving the V-Strom sell too, and an American guy called Kevin. All this while I was charging my phone at the wash hut so I could post my blog.

Back to this morning, I had some porridge, refueld the bike and the headed North West towards Isafjordur, the ‘capital’ of the West Fjords. I had some touches of rain and light wind but nothing compared to previous days. Before long I was climbing my first mountain pass that was spectactual. The roads over the passes tend to run parallel with river and waterfalls which makes the ride over even more of a joy. 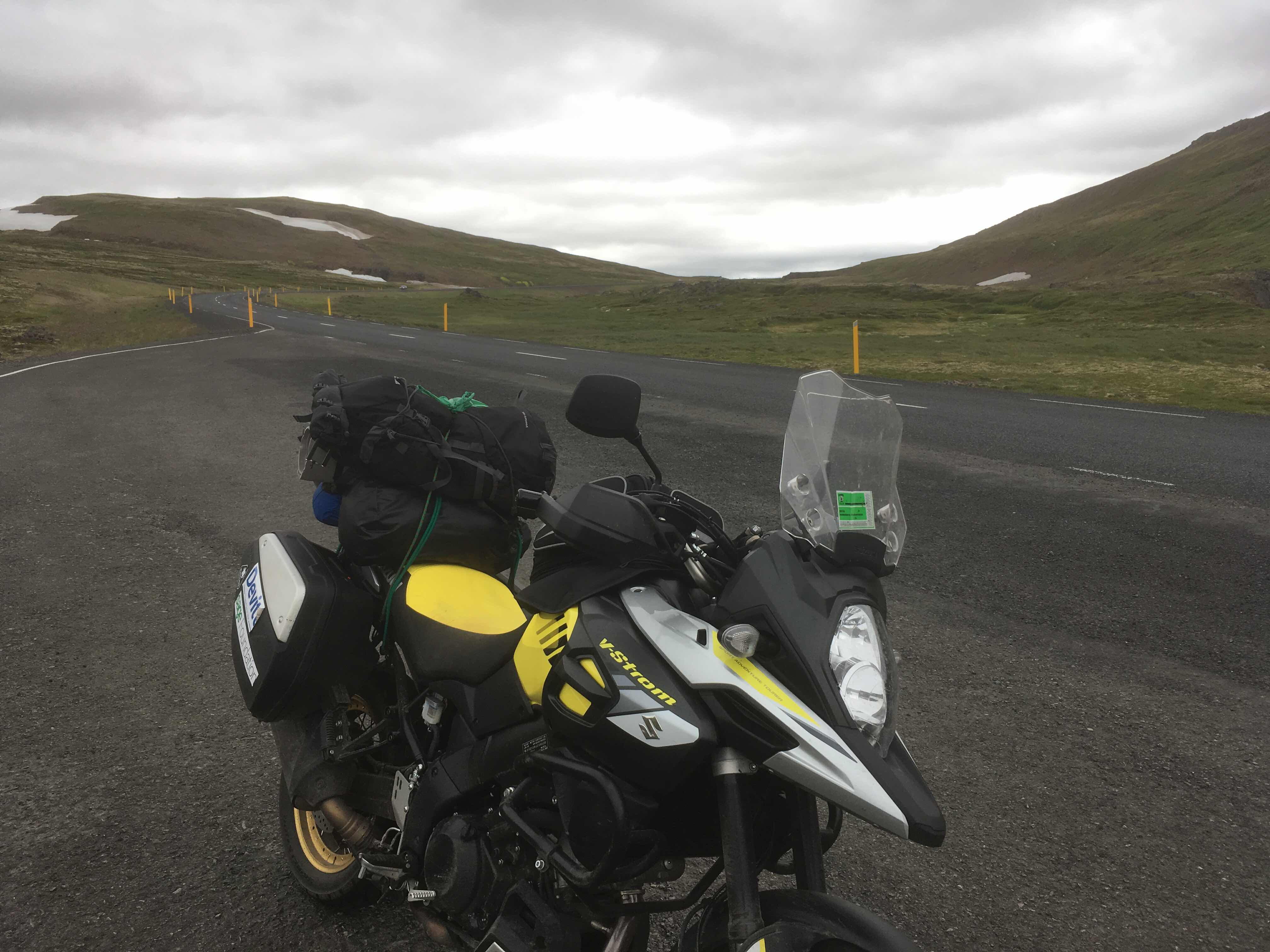 I then started on the fjord coastal roads which wave in and out of the Fjords following right by the waterline. The way way I can describe the Westfjords is a cross between Scotland and Norway (in a good way). So many times it felt like I was riding through the glens and past lochs. The only difference was that instead of an old castle ruin beside the water, a little Icelandic farm house stood there.

The roads were empty. Like don’t see a car for 30mins empty. Seriously it was so far out in the sticks, even more so than my time in Northern Norway. At times I wondered if I was in the right road, as it’s meant to a tourist trail, but then I’d catch up with a motorhome and realise I was in the right place. 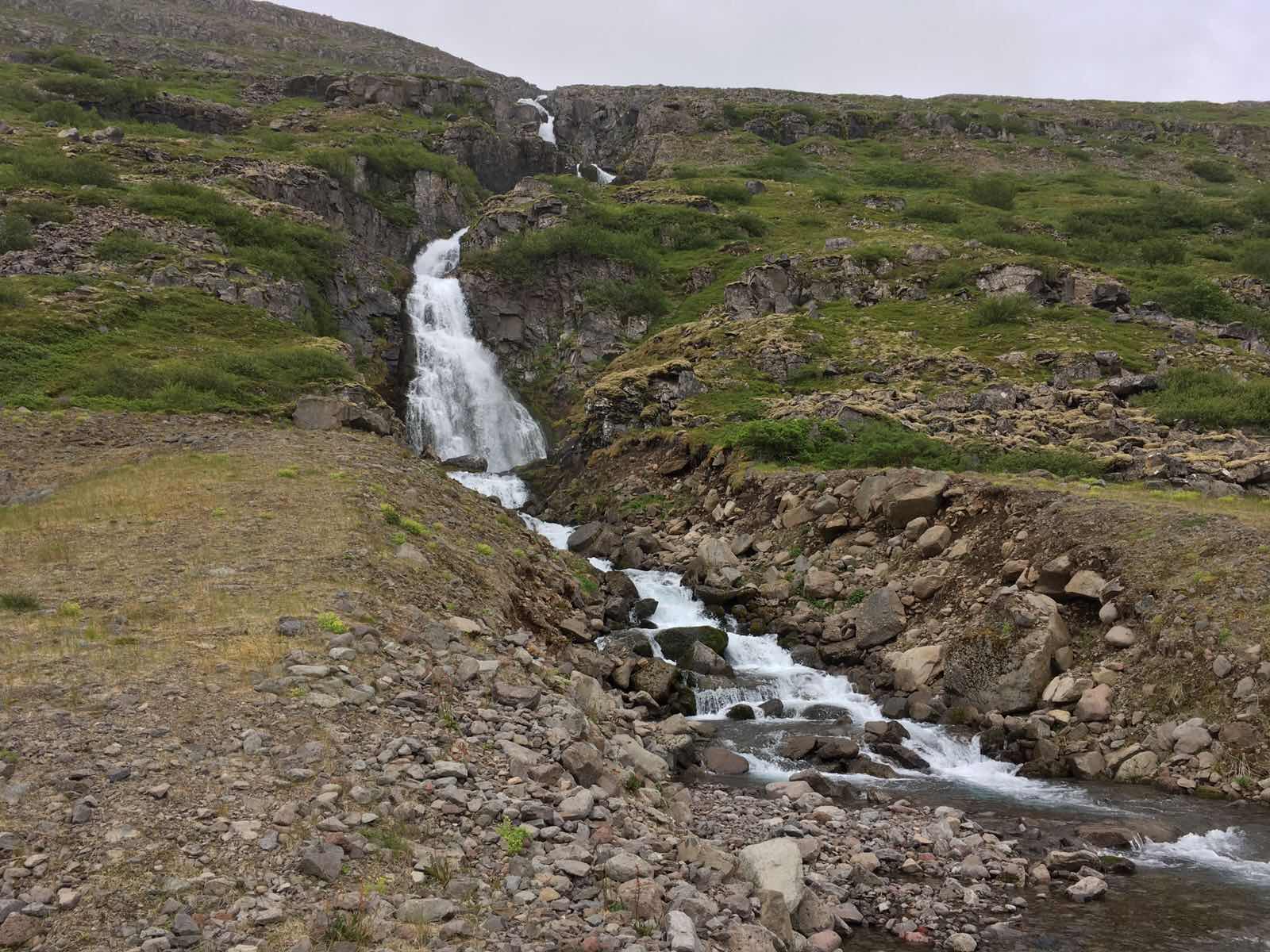 I took several stops to admire the scenery. This was what I was expecting from Iceland, and I had finally found it.

Today was the half way point of my time in the island of Iceland (or Island as the Ivelandics call it... how confusing) so I told myself I’d ride until 1200 then turn start to head home. I didn’t make it as far as Isafjordur, so around noon I stopped to check out a waterfall then spun the bike around and headed back from where I came. 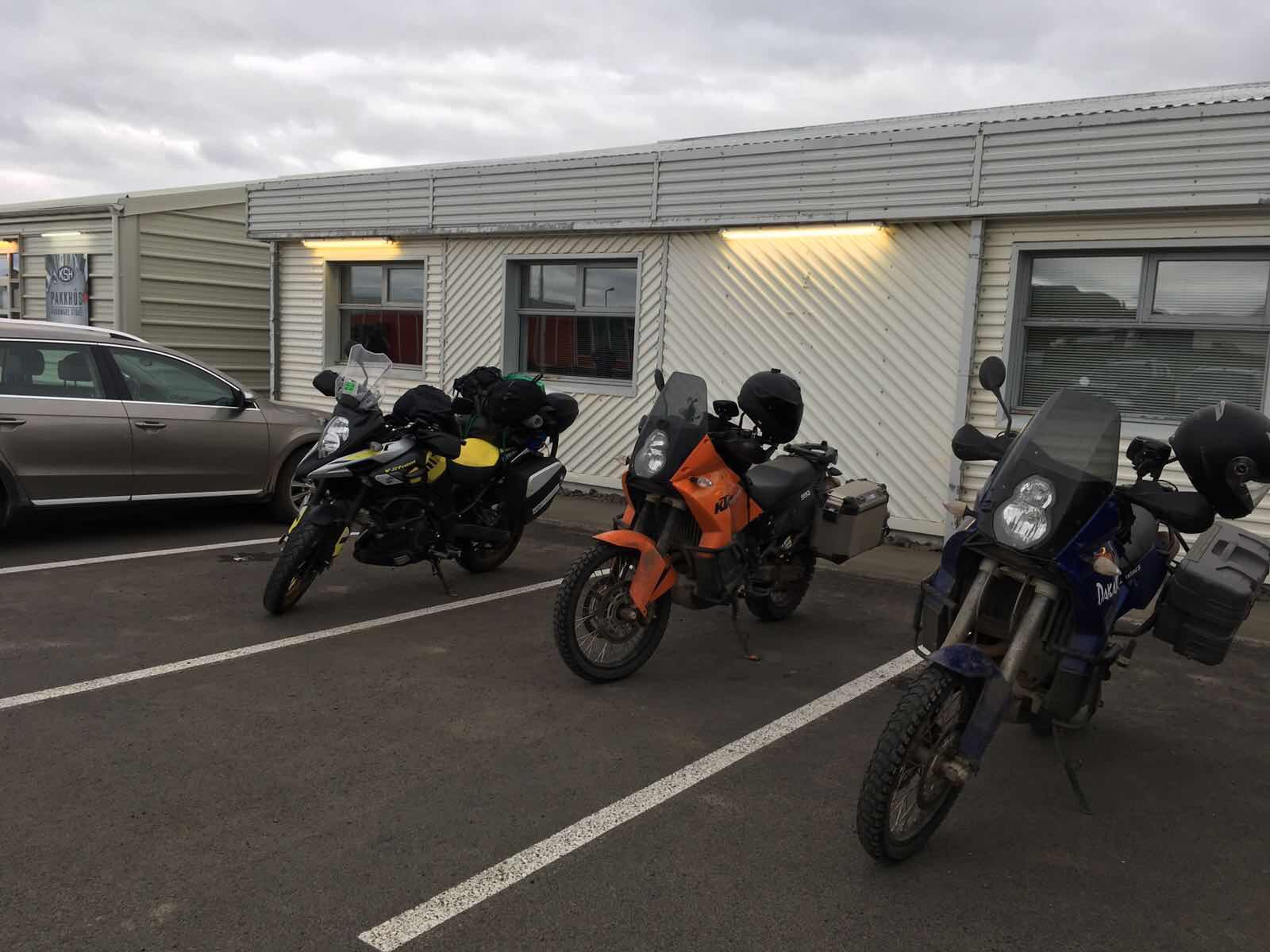 I got a heads up from my Icelandic buddy Olafur that there was some pretty mean weather coming in from the West so I decided to up the pace as I started South East. I got back to Holmavik where I’d camped last night, grabbed another tank of fuel, and treated myself to a chicken burger and chips.

From here on I headed the south as the weather took a nose dive back to rain and howling winds that started to throw me around the road again, not fun. On one of the passes south the usual tarmac road became a gravel track due to roadworks, so I was back up on the pegs dodging the big rocks and fighting off the wind. At one point when back on the tarmac, I almost had my knee down I was at that much of an angle from the wind. It was genuinely scary riding at some points today, I’m not too proud to admit that. Usually when I’m riding I have my headphones in listening to music or podcast, but the roads have needed so much attention here I’ve not had them in since I arrived.

I finally made it back into the number ‘1’ ring road and heading South to Reykjavík. The scenery here was different again, looking almost Rocky Moutain-esque. I arrived at the town of  Bogarnes late afternoon and decided to stop here to set up camp. 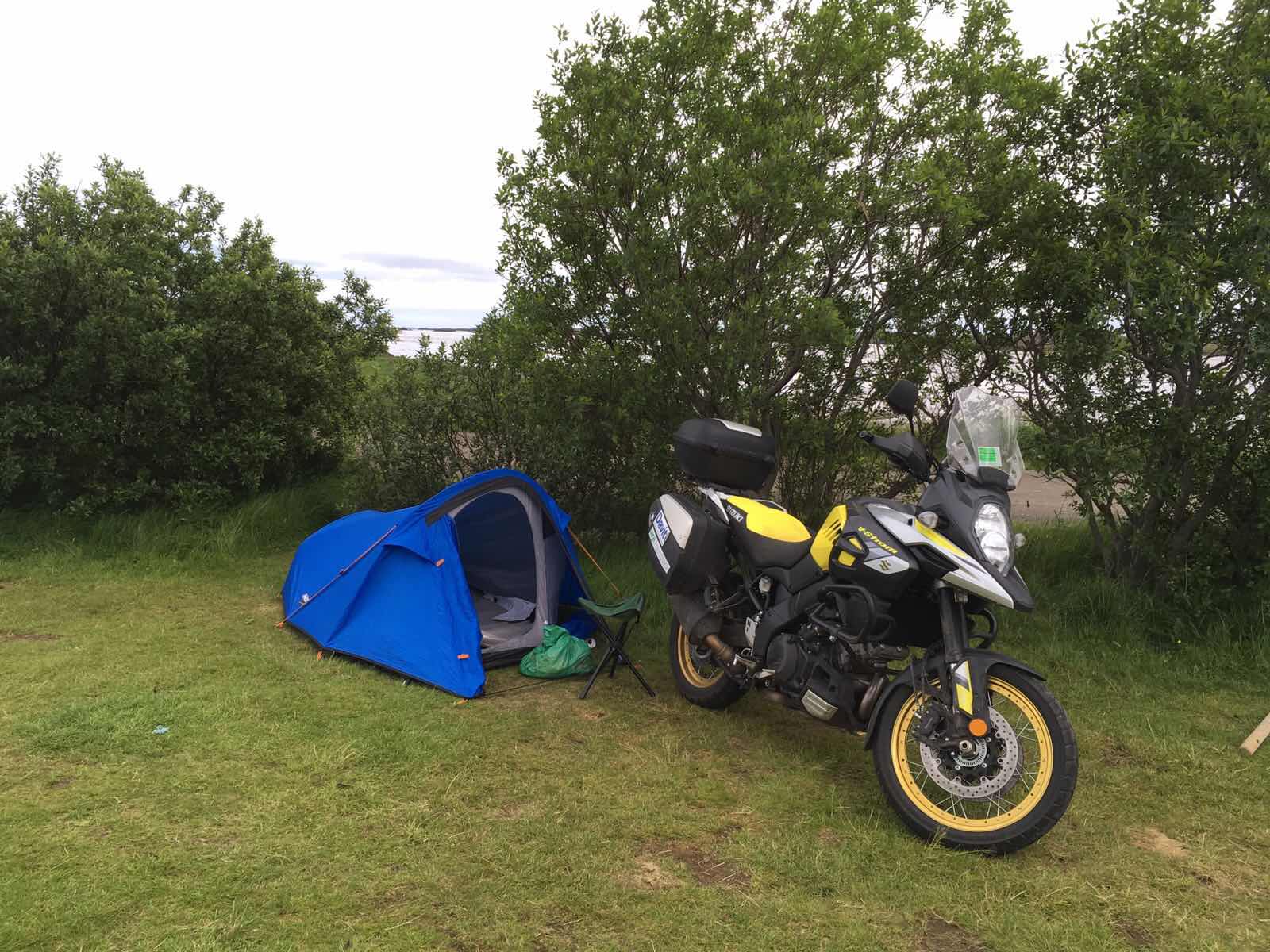 As I write this blog I’m tucked up inside my tent and inside my sleeping bag as the rain pounds down and the wind gusts. I think I’ll stay put until the morning.

Thanks again for all the support, wishes, and donations. This trip really has been a rough slog so it’s fab to have some many people, metaphorically, along for the ride .

I’ve had my share of naysayers for this trip also but I can honestly say this is no holiday. The weather has been almost everything an Arctic summer can throw at you and the roads have been worse than I thought. I’ve also struggled to get enough calories due to my schedule and the fact stopping to get the stove out or make up a sandwich is somewhere between not fun and dangerous depending on how the weather has been and the road conditions. This same goes for my filming too. I’ve wanted to do a lot more filming but the weather has really held me back. Finding a safe place to pull over where the tripod won’t get blow away has been tricky but I’ll be putting pressure on myself to get more footage over the coming days so you can all experience more of what I have.

That’s it for tonight folks. I hope all my UK readers have been enjoying the heatwave and some tasty grub. I’m having Nutella sandwiches tonight with some cookies on the side.