Hi everyone,
Day 10's blog is here. That's me at the halfway point of my trip and I've still got two days riding until I reach Nordkapp!! Norway is one biiiig country!
I arrived at tea time in Tromso, the Paris of the North, to nice weather and light traffic. Although, for my readers from the UK, on route into the city centre I went into a tunnel to discover a roundabout. An underground tunnel roundabout! I very much wasn't expecting that and nearly shat myself when bombing through the tunnel. 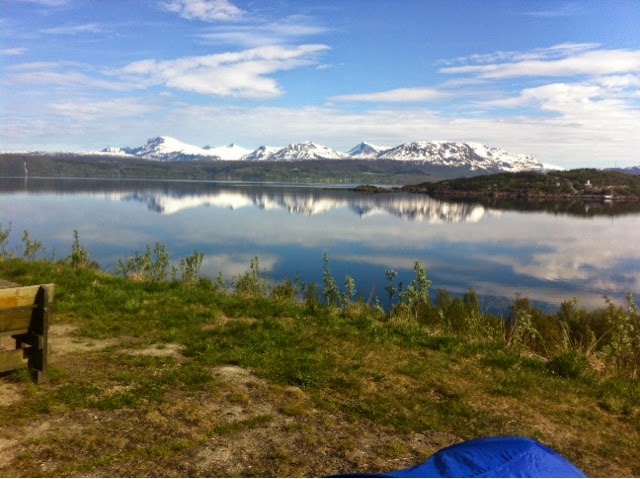 I set off this morning from my camping site with a quick detour into town to visit a WW2 museum. I'm into my WW2 history but had no idea what went on during Germany's 5 year occupation of Norway. To sum up, it was pretty much the same as everywhere else except the German's couldn't hack the arctic, unlike me :) 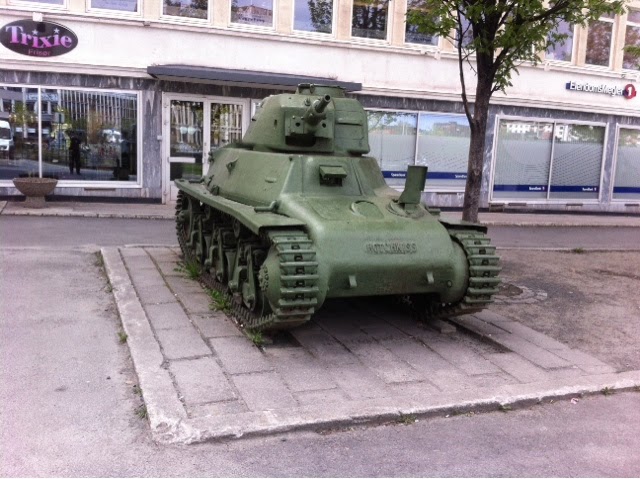 I stopped for a quick bite of lunch (Gouda sandwich, chocolate, and a banana) before hitting the road for Tromso.
With every mile I rode I was getting further North that if ever been. And I was getting more and more east too. By the time I reached Tromso I was as East as the middle of Poland. I stopped half way through my journey for some more food (see above meal) and also to check my tyres. 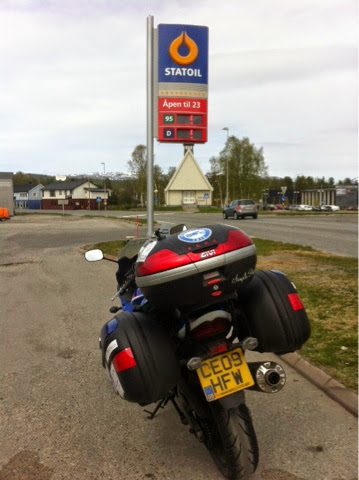 The tyres had felt funny all day and I wondered if they were losing pressure. But it turned out they were fine but the roads were getting worse and worse.
There were more roadworks on the E6 road and I ended up riding about 50m of think gravel which is scary on a sports bike. I came out the other end to a mountain pass followed my some fine roads on the way to Tromso. 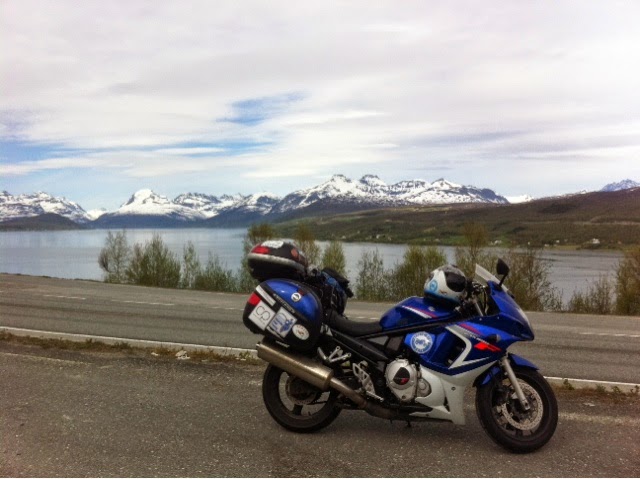 After a few stops to do some filming for my Arctic Ride 2014 film I made it to Tromso where, after the tunnel incident, I made it to Geir (from Tromso MotorCycleEnthusiasts  club)'s place (without a sat nav or a map I'll have you know.. With gopro footage to prove it).
I was given a very warm welcome by Geir's family, which has been a common theme in Norway. I then spend the night chatting bikes, drinking Whiskey (just the one) and learning more about Northern Norway. I really can't thank them enough for the great welcome into their home and for the nice evening (and for the freshly made cookies, thanks Anniken).
Tomorrow I have my first rest day of the trip which is the half way point. I then 2 days to get to Nordkapp before turning around to head for home.
My day has been filled with great riding but also sadness that it will be a long time before I hit these roads again after the trip. Also, I'm massively missing my wife Kirsty and our little baby bump. My body is also getting pretty shot. The shoulder pain retuned today and I've developed an eye wiggle (stress from not having had a proper pizza in near enough two weeks), and just generally being tired out. I hoping my rest day will sort of of these out as I still have 3300 miles of riding to do in the next 10 days. 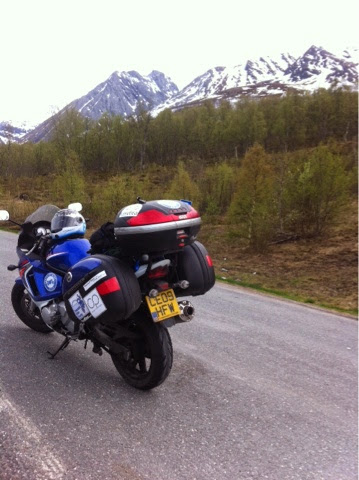 Thanks again to everyone who has donated so far. If you haven't donated bit would like to, please visit www.virginmoneygiving.com/arcticride2014
Also I've had word that Robbie is now getting very confident on Newcastle's metro (tube/subway) and will be visiting my place for tea on my return. Well done Robbie!
Now it's time for me to get some sleep with the midnight sun outside!
Ride safe!
Gordon
Email Post