Day 20 - Gordon vs The Autobahn

Hello there,
It's day 20 of my Arctic Ride and I'm getting closer to home!
Tonight I'm camped in the Netherlands after a long 550 mile day through Denmark, Germany, and Netherlands. Today started with me waking up on the ferry and worrying about if my bike would still be in one peace on the car deck after some moderately rough seas and some less than inspiring strapping down of my bike by the crew. 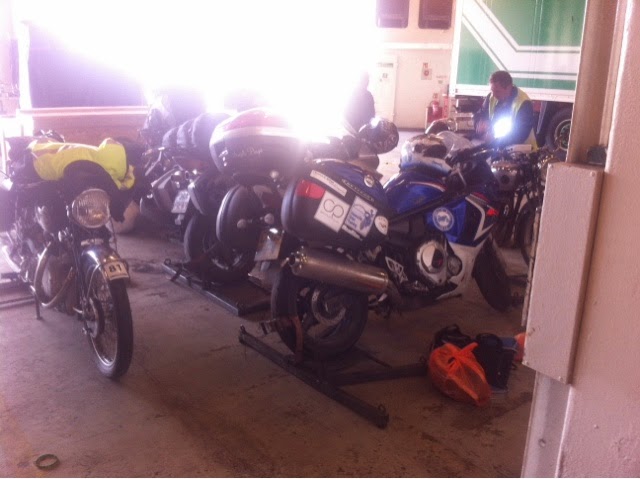 When I got down all was fine and I rolled off the ferry into Danish soil.
The first few miles got a bit of getting used to as I'd been used to 80kmph (48mph) speed limits in Norway for past 2 weeks. Like berocca tablet dropped in some water, I was fizzing along the Danish highways at 120kmph (72mph). However I really had to concentrate, get my stopping distance correct and watch out for the extra traffic compared to Norway, and this would be even more so in Germany later in the day.
Before lunch I had disposed of Denmark having ridden the length of the country and passing some of my old navy ports including Aalborg, Arhus, Middlefart, and Sonderborg to name a few. I stopped for lunch in Flensburg, Northern Germany with the aim of reaching Netherlands by close of play. 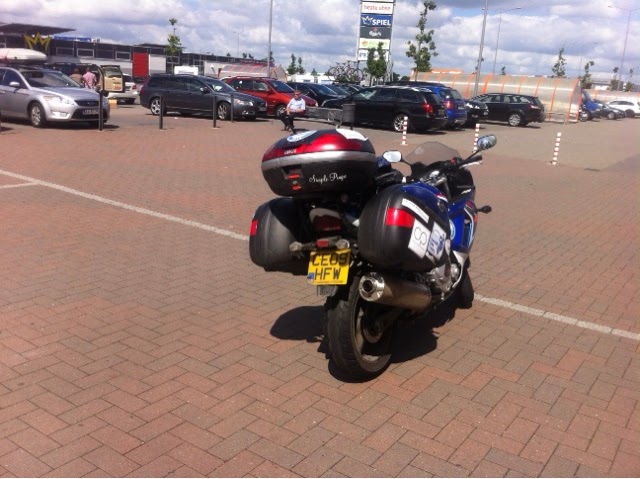 From here on in it was on the notorious Autobahn... With unlimited speed limits in lots of sections and some of the heaviest traffic in Europe... The joy.
I battled past Hamburg and was eating up the miles! I try not to remind myself of this when I drive in Germany but before today, the 4 times I'd been on the Autobhan I'd seen 5 accidents. My friends Oli and Joe will no doubt remember the first in 2008 when we were on our way back from riding in France when we had I pull over after seeing an awful smash on the opposite carriageway.
Today, unfortunately was no different. Just after Hamburg the traffic slowed to near standstill and after filtering to the front I saw the emergency services doing their thing on the hard shoulder.
Before my trip I did an advanced motorcycle training course with Newcadtle Rider Training and I'm so glad I did. First of all the cornering techniques on country roads proved a godsend when I was up in Norway meaning I could ride with confidence and speed around the twisty bends and stay safe. But one bit of advice from the course stayed with me in particular which could potentially save my bacon... And I think I did today.
On a small part of the course my trainer Neil was telling me about motorway pile ups, and the reason why they happen and some common themes around people who escape unharmed. The majority of people who don't get involved in piles up but are in the middle of them find an escape route, while the rest slam on the brakes and smash into the next car. Neil's words were 'find an out'.
Back to today and the accident I mentioned above reminded me to stay safe and keep good stopping distance etc especially on the unlimited appes limit part of these roads.
The road was packed, three lanes filled with lorries, caravans, cars, and me. I was traveling around 80mph with big stopping distance which I felt was sensible got the road. Faster than the lorries but slower than some of the big German cars, most of which musthave  been doing upwards of 100/120mph.
I was stuck behind a van in the middle lane doing about 60mph, I waited for my moment when the fast lane  cleared and I opened up the bike and started to overtake. At this point I was maybe doing 80-85, to make sure I passed the van in time before another Audi came up behind me with the threat of tail-ending me. As I passed I looked up, and to my horror, I saw a mass of break lights and hazards flashing at me...
Now I'm not trying to sound like some hero or super biker, and I probably did a few things wrong on the build up, but the next 5 seconds and my training at Newcasyle Rider Training possibly saved me from giving a BMW estate car a Glasgow kiss or something worse.
As soon as I saw the lights ahead I knew what was happening, the sea of traffic was stopping in front of me, and fast. I had two things against me here. 1) motorbikes have a greater stopping distance than cars 2) I was accelerating to pass the van.
When I saw the lights, the first thing that came to my head was 'find an out' just like Neil said, and I did. In a split second as I started to hit the brakes I saw ahead to my right there was an opening in the traffic and a clear path to the middle and inside lanes, plus the hard shoulder, so I went for it. This allowed me to come to a stop without hitting anything, while a few cars ahead a trailer and a lorry hit each other in the melee.
My heart was in my mouth... And as the traffic started to move again I was still wondering how I hadn't hit anything, or why there wasn't MORE chaos. In times of old I would have anchored on the brakes and maybe tried to squeeze either side of the car in front so not to hit it, maybe that would have been enough, but there would still have been an Audi behind me ready to shunt me as well.
So yeah, the autobahn is a dangerous place in my opinion and even though I'm away from the freezing mountain passes, hairpin bends, and wild animals of the Arctic, this motorbike riding is still a dangerous thing! 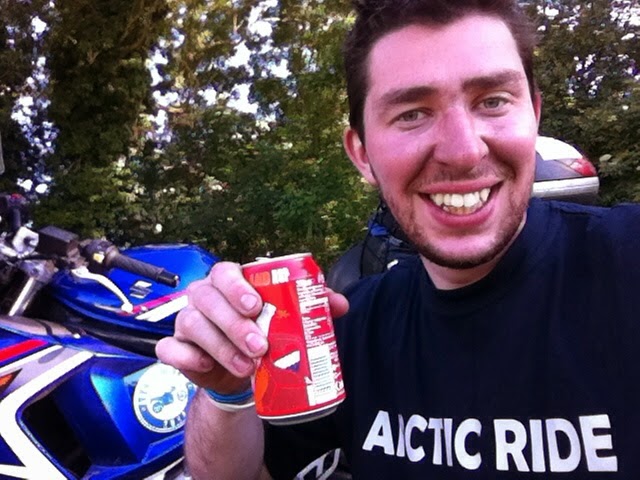 In other news today I spent 90 minutes to find a campsite in The Netherlands, rather ironic considering they are the camping champions in the rest of Europe :)
Also, as I approached the campsite the flip face part of my helmet decided to half fall off! More on that and how I fixed it in tomorrow's blog!
So I'm less than 450 miles from my ferry now and just one more riding day then home. I can't begin to sum up this trip yet but I'll give it a good go in a blog on Saturday or Sunday when I get home.
Ride safe everyone!
Gordon
Email Post