Hi everyone,
Day 17 already... Wowza. It's hard to think its a week since I was arriving in the amazing Tromsø on my way to Nordkapp... The time is flying.
Today I awoke to rain, and lots of it. Also, this numpty left his waterproof suit on his bike last night meaning I had to put it on wet this morning. 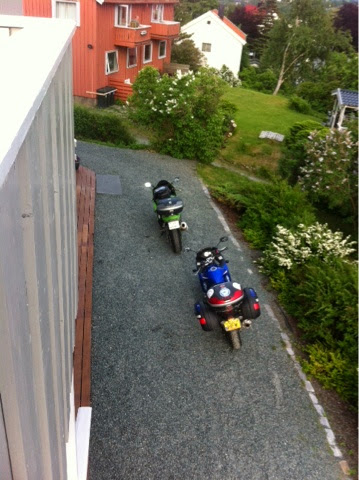 Luckily I had been staying at Lars' place last night so I wasn't wet. The morning set the tone for the day really, as we went outside to start the bikes up I was stood behind Lars' Kawasaki. Due to the rain some had collected in his exhaust... So when he started the engine I got a cocktail of rain water and exhaust fumes to the face by what felt like a shotgun (it reminded me of Homer Simpson's 'make up gun' for those of you who are fans if that show). Bets on how many of you think Lars did this on purpose.
We rolled out if town getting petrol on the way. As with my previous visit to Trondheim the MC club escorted me through the region. This made riding in the rain a little bit less crap. 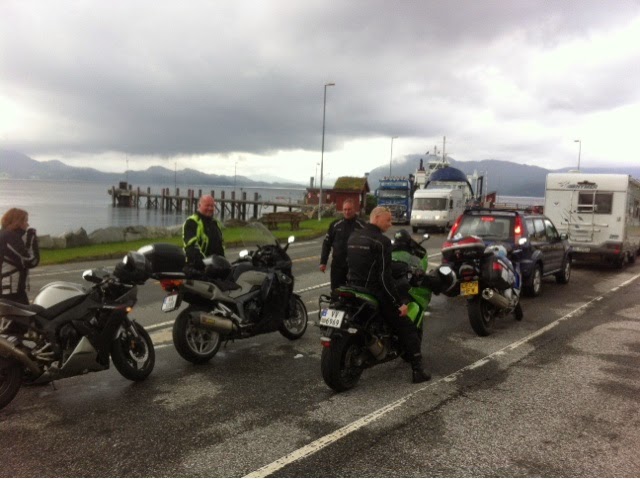 Heading West, the frequent tunnels were keeping me dry(ish) and after an hour or so riding in the rain on some ace roads we came to a ferry (what else in Norway).
From there it was on to Kristiansund and out to famous Atlanic road. Just before we stopped in for a buffet lunch where I tried the local delicacy bacalao. This is some sort of special fish dish. Whilst I enjoyed the flavour of suace and the taste of the fish, I'm not really seafood guy but if you are as going to this part of Norway try it! 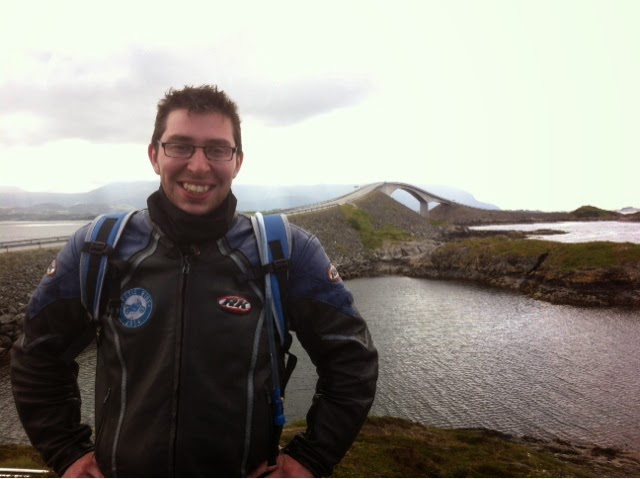 Then was on the Atlanic Road (voted the worlds beast road by guardian newspaper readers 2009... Or something). The road connects several different small islands with swirling bridges which regular get battered by storms from the Atlantic. Luckily the rain which had been coming down on us was gone so I got plenty Of time to enjoy the road!
From there I travelled through some ace biking roads along lake sides and between sweeping hills. The road was number 666 or 'The devils road', as I was reminded after riding it! It sure was a little devil as the Tarmac was less than pure making cornering on my kit-laden bike more difficult.
After, I said bye to Lars and the gang, and headed South! My plan was to make it the 200kms or so to Geirengerfjord but after 350km already done it was 4pm.
I pressed on to Åndalsnes via another mountain pass. Here I was at the gateway to the Trollstigen, Norway's most notorious mountain pass... Trollstigen translates to the Trolls Ladder (i think) and there is a myth about the Trolls of Norway living in the mountains that it passes over. I didn't see any there but there could have been lots of they were pretending to be American tourists...
11 hairpin bends, a waterfall raging through the middle. A road not to missed. 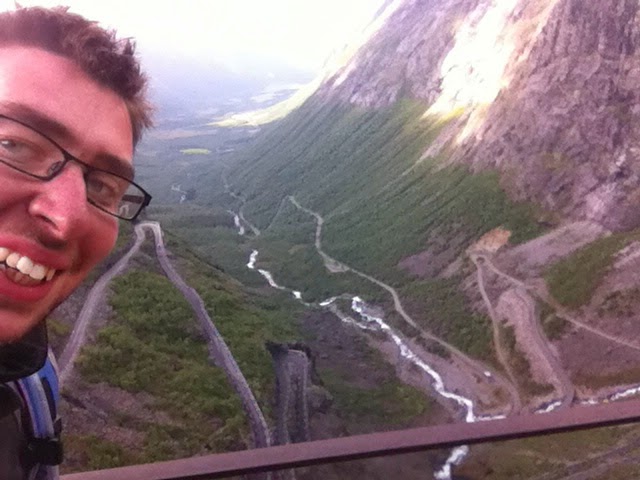 I turned on the goPro camera at the bottom and made my way up... Man what a road.. Although I learned that this is not a fast road AT ALL on the first bend which I entered about 40kmph too fast.
When I got to the top I did the touristy taking of photos but I also spotted a house on the top of the mountain... Who would live there... Imagine that as a commute down everyday?!?
By this time I realised I wasn't going to make it to Geirengerfjord before I was too tired to ride so I pressed on and did another 50km before stopping. 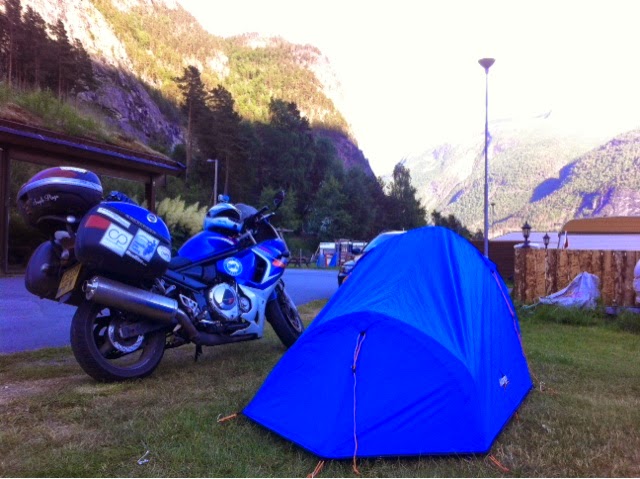 I found a lovely little campsite for the night and got set up. 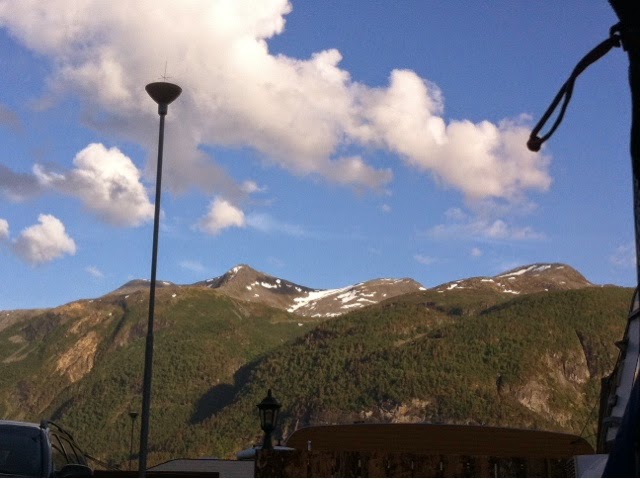 11.5 hours on the road, 500km ridden and I'm now the owner of a sore shoulder and tired face.
Big thanks again to everyone for their support. I'm getting very tired and sore now all over  but the messages of good luck are keeping my spirits up.
It's been a long old slog but every time I get sore, or tired, or wet.. It reminds of why I'm doing this.. To raise awareness and funds for brain injured children. Most of these kidz will never get the chance to ride a motorbike around such a beautiful country - so when I moan in my head about it being cold or raining it's a stark reminder about how lucky I am to be able to do this!
I feel truely blessed to have been able to combine my passions of biking and raising money for Cerebra and it's down to each one of you (30,000 view btw) who reads this blog that has made it happen!
Tomorrow I head south again for Olso via down fjords.
Until then, ride safe.
Gordon
Email Post