I have some exciting news to share with you all...the countdown is officially on and its 365 days to go until I leave Newcastle and head towards the Arctic Circle..

I am not sure what time I will be leaving as yet but I hope to leave from Whitley Bay Lighthouse in the morning. The picture below is of me leaving from the Lighthouse on my ER-5 for Arctic Ride 2011. 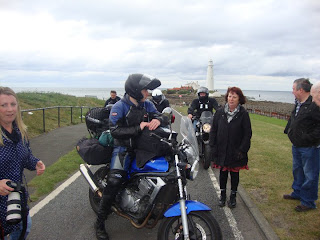 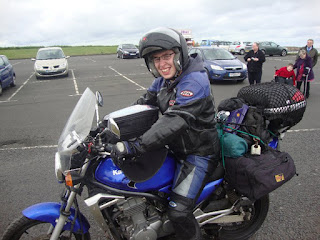 ﻿
Oh and yes I did leave in May last time too...it may look like the Winter with coats on and yes it was freezing, but do remember this is the North of England! ha ha I was lucky enough to have some friends, family and a local MP, Alan Campbell wave me off from Whitley Bay. My brother even made a banner for me leaving ( I think he meant to put good riddance on it but decided that 'Good luck Gord Love Robbie' was better. 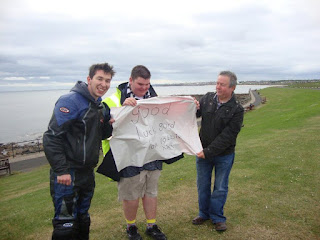 If you want to know the route I will take, its here.. http://arcticride.blogspot.co.uk/p/the-route.html :)

It will be a journey of around 350 miles or so door to doo..well campsite.. :) My plan is to try and connect with as many #bikerbuddies as possible and have you all meet up with me on the route or travel down with me. I want to stop traffic..although not literally because then it would take too long to get there! ha ha If you are interested in doing this with me, let me know. It would be a send off and I would really appreciate the company for what will be a lonely and solitary endurance challenge.

So, if all goes to plan in 365 days today, I will end my first day's riding in Dover on the South East coast of England. For those of you that don't know Dover, its a very famous seaside type place (think donkeys on the beach, seagulls, ice cream in the winter) and you're there :) 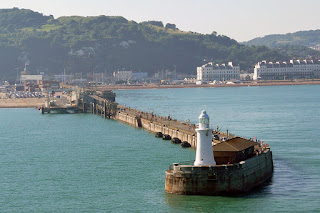 Its also the home of the Ferry crossing to Calais in France. I have deliberately planned to go to Dover as it is the shortest channel crossing and so presents the biggest challenge. (I will possibly regret that later if my arse hurts too much after 3 weeks of riding!) 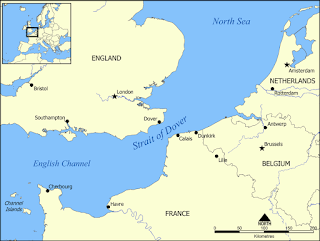 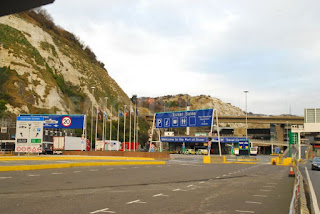 ﻿
And now for some fun facts about Dover..according to Tripadvisor, there are 21 attractions in Dover (although I'm sure I can only think of a few) and these include: The castle, The Lighthouse, The Transport Museum and of course, most famous of all, The White Cliffs of Dover, made famous by songs and tourist pics of the Coast of England!
﻿
﻿ 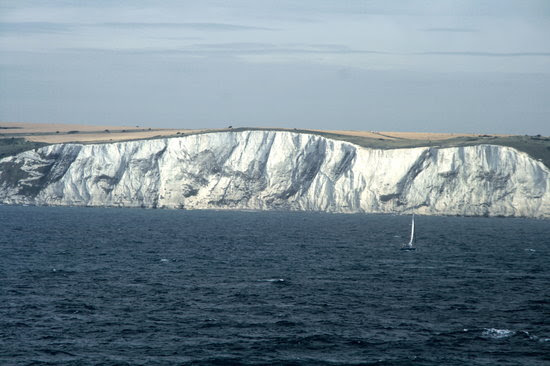 This photo of White Cliffs of Dover is courtesy of TripAdvisor

And there you go, day one will be over and I will be on the first day of many camping and riding. :)

I will do an update blog every day for the next 22/23 days which will cover the amount of time I will be away for on Arctic Ride 2014 so make sure you check this out tomorrow to get the next instalment.

If you would like to sponsor me on this trip and help to support by chosen charity Cerebra, please go to www.virginmoneygiving.com/arcticride2014