I am once again reminiscing..no that's not the right word..looking into the future..like some sort of Mystic Meg..but without the scarf.. and want to tell you about what I will be doing one year today. If you haven't read day 1, please do.. its a good read..ha ha

Day Two will see me cross the Channel from Dover to Calais, France on the Ferry. This is a pic of me on the ferry during Arctic Ride 2011 :) 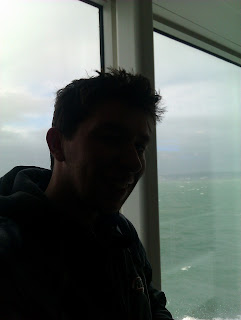 It was a bit rough but had plenty of training from being at sea on this little beast when in the University Royal Naval Unit: 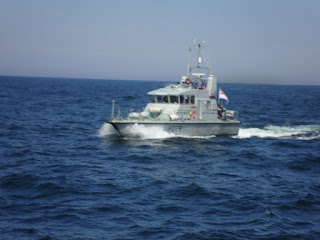 For any extra keen beans.. (and nerds) this is not my actual ship because that would be impossible to take a pic of a ship whilst on it.. lol but it is a ship of the same class that we were travelling with..but just to prove my wife and I were both on said ship..ta'da: 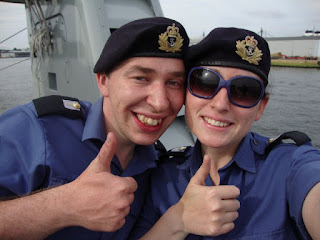 OK..ok.. back to the future..wait thats a film...anyway..Day two, once I land on French soil will see me doing around 420 miles through France and into Germany up to Ottersberg. For those that don't know this part of Germany, it lies between Bremen and Hamburg. And if that still doesnt help..heres a map: 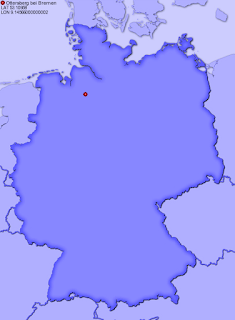 I have been trying to find you some fun facts about Ottersberg, a place I have never been before and found that there is apparently nothing to do there! Even Trip Advisor has come up short and another website simply said 'It's not much of a tourist destination' So there you go.. I picked it because it was outside the main towns/cities and has a river running near it so guess they must have a campsite. Actually, just even looking at the campsite, it doesnt look that exciting..although you never know..it could be a hidden gem..you will only have to wait 365 days to know this. ha ha
If it isnt too exciting, I will probably pop into Bremen for some dinner and a wander about. :)
And that will be the end of day 2, my first real day on my own in Europe. Of course, if you know someone in this area, I would love to meet up with them and have some company, so let them know about what I'm doing and ask them to get in touch :)
So....I know what you're thinking..where are you going next..well. you will have to wait until tomorrow to find that out..(or check my route here: http://www.arcticride.blogspot.co.uk/p/the-route.html)
Until tomorrow, Ride Safe
Gordon
And if you want to follow me on twitter its @arcticride2014 and if you want to sponsor me, its www.virginmoneygiving.com/arcticride2014 ﻿
Email Post