As you can tell by the tag Gordon is still in Germany..and he is camping by a large lake near the borders..no no not the scottish ones..lol..he spent this morning in Flensburg and checking the internet including NUFC.com..and then travelled south west to Lemvruch-dummersee..yes..i dont know where that is either..lol..Gordopedia tells me that dummersee is the name of the lake and Lemvruch is the name of the town..as is he is Germany this means he has been experiencing the 'fun' of the autobahns again and some crazy drivers! Talking of crazy drivers, Gordon said that when he was on a country road today he saw a tractor being driven on the pavement and instead of the guy being like..oops..he apparently looked at Gordon like he was the odd one for driving on the road!

When he was in Flensburg, when he was getting on the bike, he saw a 125 yamaha and presumed this was their first bike and then when they took their helmets off..he realised that they were actually OAPs!! They also seemed a lot fitter than Gordon...lol

This evening whilst munching pasta, he has been listening to american classic radio..hilarious texans talking about sexuality..ooo err missus..apparently it was better than the muslim network..am guessing he cant get radio one and Chris Moyles on his wee radio! lol

Weather today has been sunny and warm and then quickly overcast and rainy..maybe there is someone trying to get him ready for the weather back here again or so that he doesnt feel home sick..hmm..will mull on that one..fingers crossed it continues not to rain tomorrow for him so that he doesnt end up looking like the old riders that he saw!! he he

The plan for tomorrow and day 26 is to travel further south and head towards Brussels and out of Germany and have a wee day out there..the worry is the lack of campsites so we shall see where he ends up.

On a more charitable note, big BIG thanks for all the donations and we are now up to 98% of the target and £1,267...i think this is totally awesome..and please keep it coming people!! :)

That's it for now..only a few more days of the journey left now!! 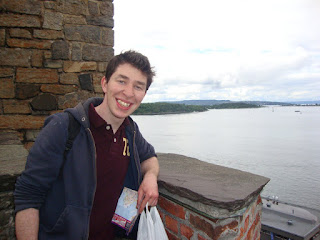