I actually cannot believe how fast these days are going..day twenty two now means that Gordon is into the last week of this adventure. Its been tough in parts and hopefully the adversity has just made him stronger..or at least less moany..lol..but we will see..

Day 22 was full of highs and lows..The highs saw us sight seeing again around the city and looking around the castle and fortress..pretending to be soldiers..looking at the palace..which was no buckingham palace and only had one guard outside it who even spoke to us when we went up to him.. we also saw him parading and he looked more like basil faulty which made us actually LOL..we also went to the supermarket which really tested my (non-existent) norweigan language skills to the test..it was my job to decipher between skinke..which i hope is ham and whatever else was on offer and potentially some sort of rat..we also bought some 'bread' which was illuminous yellow..now if thats natural then i question what is actually in it or whether it makes you glow..lol

We also spent more time in oslo city centre and having a nosy around the university and the popped into sample some ben and jerrys ice cream! They even had a mint chocolate one that you cant get in England..that was yummy!! We went to the opera house too, which as I am sure you will agree looks more like a fake ski slope..we were even allowed to walk all the way up it and i thought..thats a great idea..lets go look at the views..however after all that effort..the main view was of the roads and some construction sites..not quite the views from the sydney opera house..lol

Gordon took me back to the airport and after I got on my plane and played the 'who is going to start the queue' game with ryanair..and our sad goodbye..he headed back to oslo to the campsite to make his pasta and sauce and prepare for the last segment of the journey.

Gordon has around 1500 miles to do in 6 days and the weather is not looking like it is on his side with tons of rain which is just not helpful!! Fingers crossed he doesnt come home shrunk..or too wrinkled..like one of those dogs..that would just not be convenient. The plan for tomorrow, day 23 is to travel to Varberg in Sweden to a place which is by norweigan standards..a bit cheaper..lol..although never thought i would say that one! 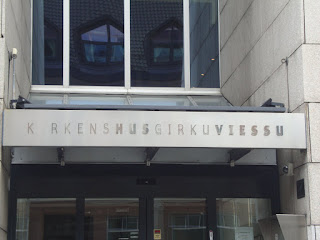 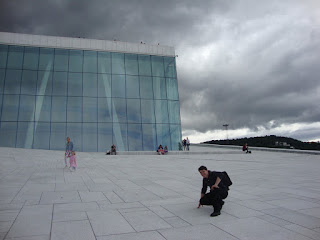 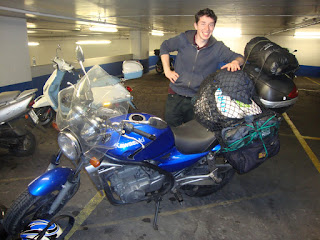